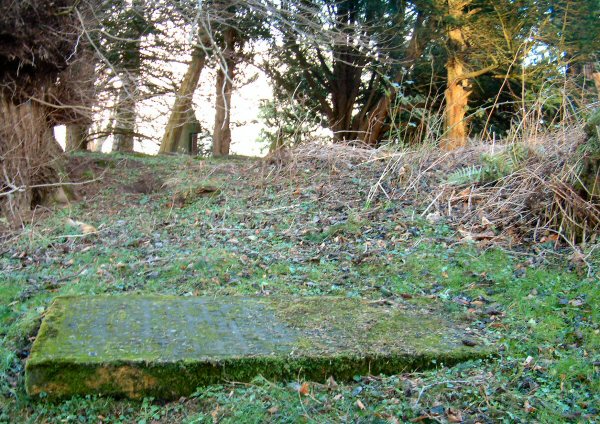 Sandy Wood's Grave - Died 1690. After a dispute with a neighbour, he asked on his death bed to be buried outside the Graveyard Wall, so that on the day of judgment - which the folk of Cromarty believed would held on the fields of Navity - he could be first in front of God, to give his side of the argument, before his neighbour " that scholan, short legged bodie wins o'er the kirkyard dike"