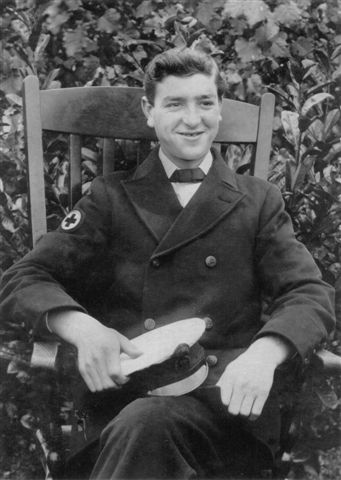 Bill says "My uncle M/5693 Sick Berth Attendant William Francis Stafford of HMS Natal who died age 21 on Thursday, 30 December 1915. He was the son of Margaret Bridget Stafford (widow) living in Liverpool where William was born. Another son John suffered serious wounds in France resulting in his discharge from the Army. I do nor know if his body was recovered."
Picture added on 20 October 2005
This picture is in the following groups
The Natal - Warship destroyed by an explosion off Cromarty during WW1
Comments:
Bill, as your uncle is commemorated on the Chatham Naval Memorial I would suspect his body was not recovered. Those that were recovered were often buried nearby and the location of their grave given on the CWGC web site.
Added by Andrew Bathie on 23 October 2005