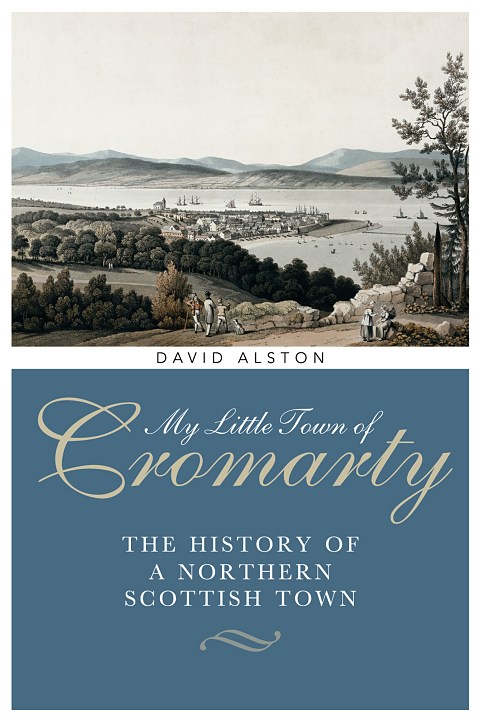 David Alston's new book, 'My Little Town of Cromarty: the history of a northern Scottish town' has just been released. As David is a regular contributor here we're delighted to help publicise it.

"This book is a history of the small town of Cromarty, north of Inverness at the tip of the Black Isle peninsula. Although it has less than 750 inhabitants, Cromarty is viewed by its residents as a town rather than a village, which reflects the settlement's beginnings as a royal burgh and its days as a leading port for the northern Highlands.

Cromarty is first recorded in the thirteenth century as both a royal burgh and a small sheriffdom. The town's varied history has included periods of marked prosperity - in the early 1700s, based on a thriving trade in grain and salt fish; in the 1760s and ’70s under an improving laird who, among other innovations, built Britain’s largest hemp factory here; and especially from the 1790s to the 1830s, when some believed that it might replace Inverness as the principal commercial centre of the Highlands. A disastrous decline followed, however, with the failure of the town’s trade as it was bypassed by the expanding network of sea, road and rail transport. Although the Cromarty Firth was an important naval base during WW1, the decline continued until the 1970s, when North Sea oil and improved communications brought a revival. This study considers Cromarty in the wider context of the northern Highlands and sheds new light on the area’s social and economic history."

It should be available in local bookshops in the next few days, or can be purchased online at the Birlinn website.
Picture added on 22 November 2006
Comments:
My very good friend, Mary Campbell (nee Munro) sent me a copy of this book. It is wonderful and I am really enjoying reading it! I studied Scottish History at Edinburgh University and I believe this 'Cromarty' book would make an important text book.
Thank you for writing it, David and thank you for sending it to me, Mary! Our shared heritage indeed!
Added by Margaret Tong on 12 January 2007