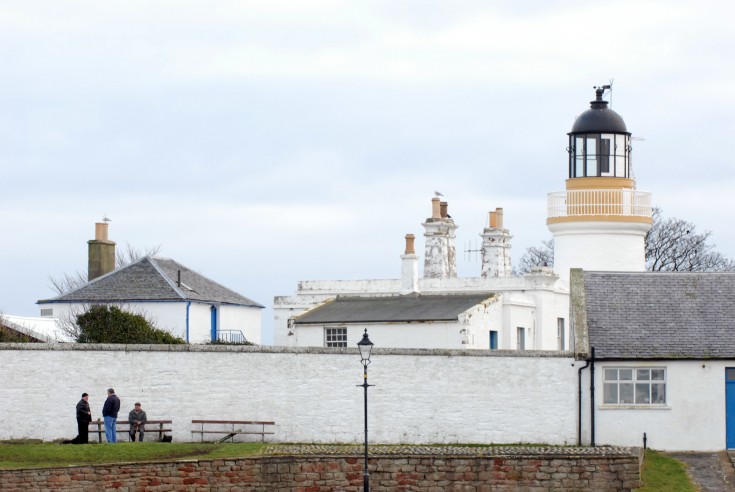 The larger version shows a close up view of the three gents, Billy Watson, Buller Mackay and Lachie Winton. The circle worn in the grass is due to Billy's dog, who runs round and round until it tires itself out.

There used to be a large draughts board on the ground there, made of paving slabs. The draughts themselves were 3 inch thick sections of tree trunk, each with an eye in the top. The players had a stick with a hook on the end which they could use to move them.