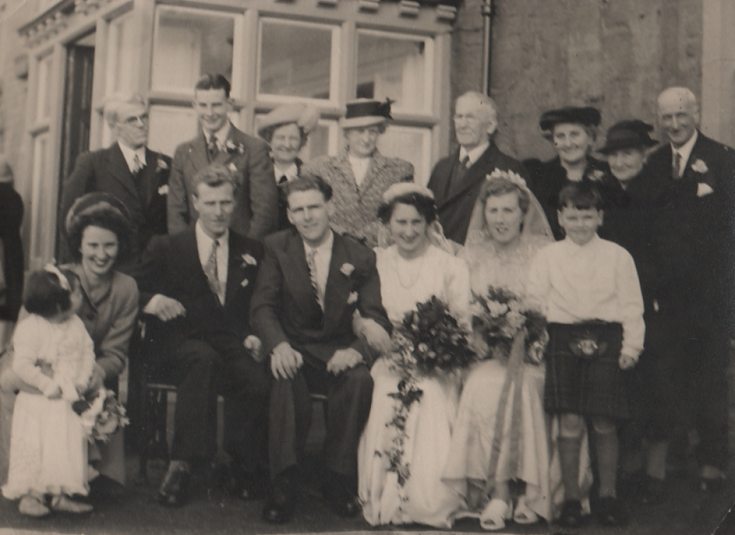 Catherine says "This is the wedding picture of my aunt Roma Taylor , daughter of Lila and David Taylor who used to live at Burnside and Bill Taylor of Balloch .They were married in the West Church in 1949. This pic was taken at the Royal Hotel. They celebrated their 58th wedding anniversary on the 4th March 2007.

I don't know the bridesmaid's name. The boy in the kilt I think is Johnny Clements and I am the flower girl.

Roma and Bill live in Canada and are enjoying their retirement."
Picture added on 07 March 2007
Comments:
What a lovely surprise to see a picture of my dad as a boy in his kilt! If anyone has any more pictures of John Clements they want to share they would be great to see!
Added by Johanna Clements on 10 November 2009