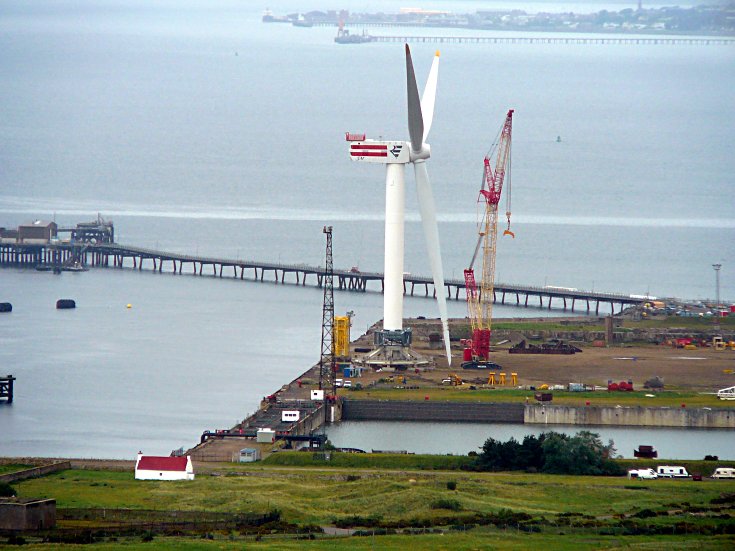 This is the second of two wind turbines being assembled at Nigg to be installed offshore in the Beatrice field by Talisman Energy.

The first (picture #1752) was successfully installed in the autumn of 2006, but this one, so we hear, suffered damage to the blades during the assembly, and it's taken 9 months to sort out.
Picture added on 13 June 2007
This picture is in the following groups
Offshore Wind Turbines for the Beatrice Field
External Links
Beatrice Wind Farm
Comments:
Rambiz should be arriving on the 26 June and taking the turbine out on the 1-2 July.
See www.beatricewind.co.uk

Added by Phil Smith on 18 June 2007
The damaged blade only took a few weeks to repair, the hold-up was that the vessel taking the windmill was contracted out for other work, and because of the delay, could not install the windmill.
Added by Billy Winton on 21 June 2007
I'm sure this windmill will be on the move in no time now that Ciaran has a one year placement with Talisman for his 3rd year at University !!!!!!!!!
Added by Ann Hill on 02 July 2007