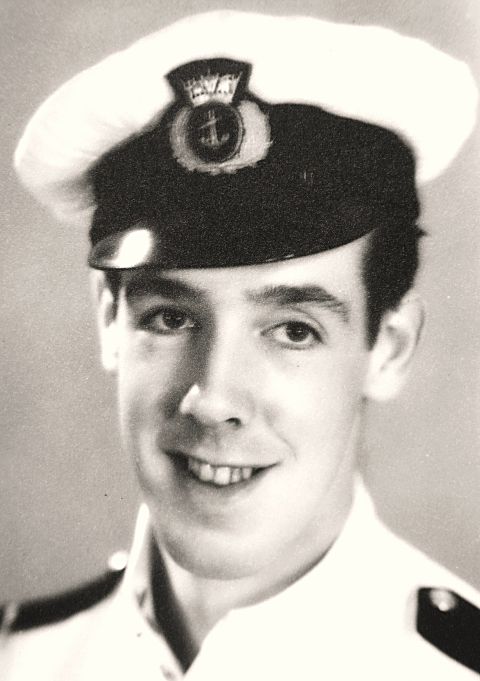 Chris says "In July 1942 Jimmy was 2nd radio officer on the 8,006 ton SS Gloucester Castle. The old Union Castle ship was bound for Cape Town with convoy OS 32. On the night of 15th July, the silhouette of the blacked-out Gloucester Castle was spotted by lookouts on the German surface raider "Michel". Under cover of darkness the German ship moved in to close range and opened fire. Jimmy was probably killed by the first salvo of 155mm shells, which took out the radio room and set the superstructure on fire. Position was : 08s 01e (estimated)"