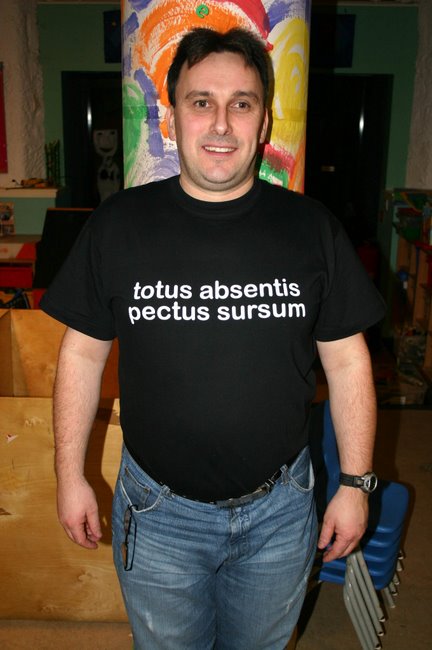 Ronald Young, Vice Chair of the C.A.Y.P committee at the AGM on 28th January 2008 which saw the lease of the East Church Hall handed back to the Highland Council and the formal disolving of the C.A.Y.P committee. Due to Financial cuts and falling numbers, its the end of an era for C.A.Y.P but a new parents group is currently being formed to continue fundraising, monitor services and try to enhance childcare facilities generally in the community.

Ronald is proudly sporting a T.Shirt given to him by the rest of the committee. The slogan is a latin version of a phrase used by Ronald during one important meeting with childcare officials and councillors and which he managed to get in to every subsequent meeting thereafter.....Answers on a postcard.
Picture added on 04 February 2008