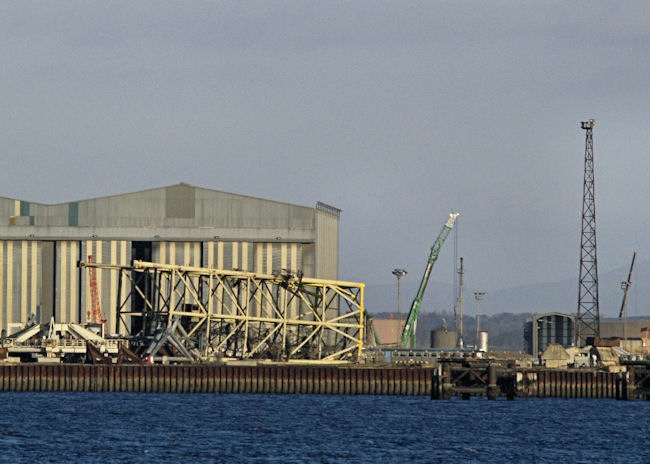 Big Wolf's gantry, after a lengthy demolition process at the Nigg Yard, lies on its side, awaiting scrapping.

For a video of its botched demolition (three times - heard all over Cromarty) see - www.youtube.com/watch?v=HbPvVEAoX5I (you will need to cut and paste this into your browser).

Big Wolf was one of two cranes that were on rails in the dry dock. Removed when the dock was re-furbished in the late 90's, the cranes themselves were sold to China (or so I was told). Little wolf's gantry had been long gone, but Big Wolf's had been a feature of the Nigg skyline for the past 10 years or so.