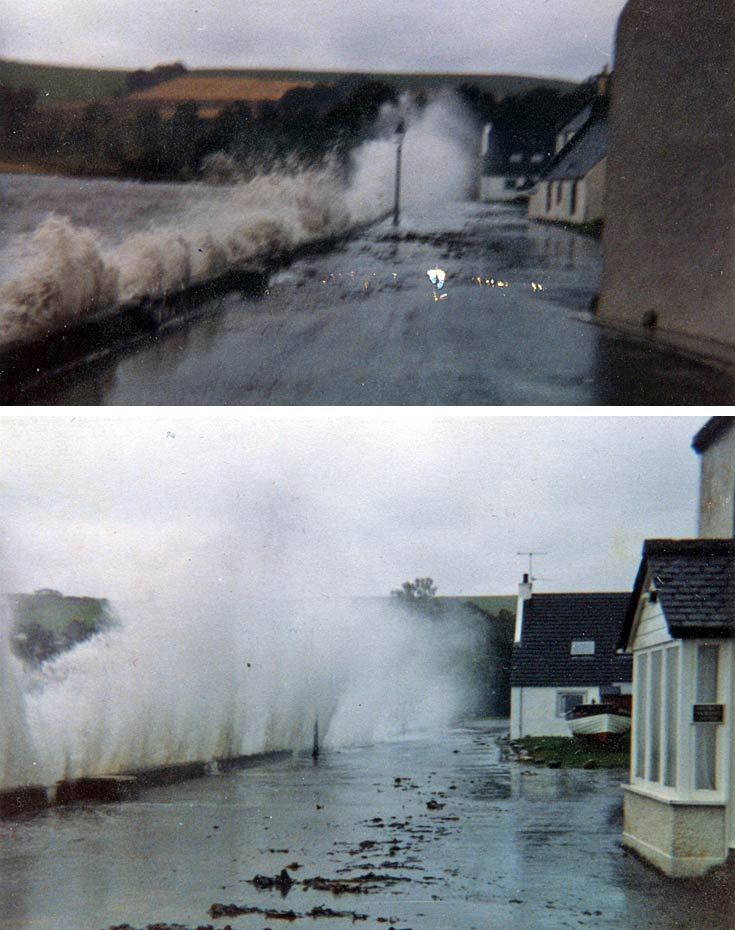 Year is a guess, but is probably about correct as the telegraph poles shown in picture #2467 have gone, and the cast iron poles for the twee victorian-style lights are in their place. After a gale like this, it wasn't unusual for dead crabs and seaweed to be found behind the shore-front cottages after the waves lifted them over the low roofs. Cottages were often flooded as well.
Picture added on 26 August 2009 at 16:46