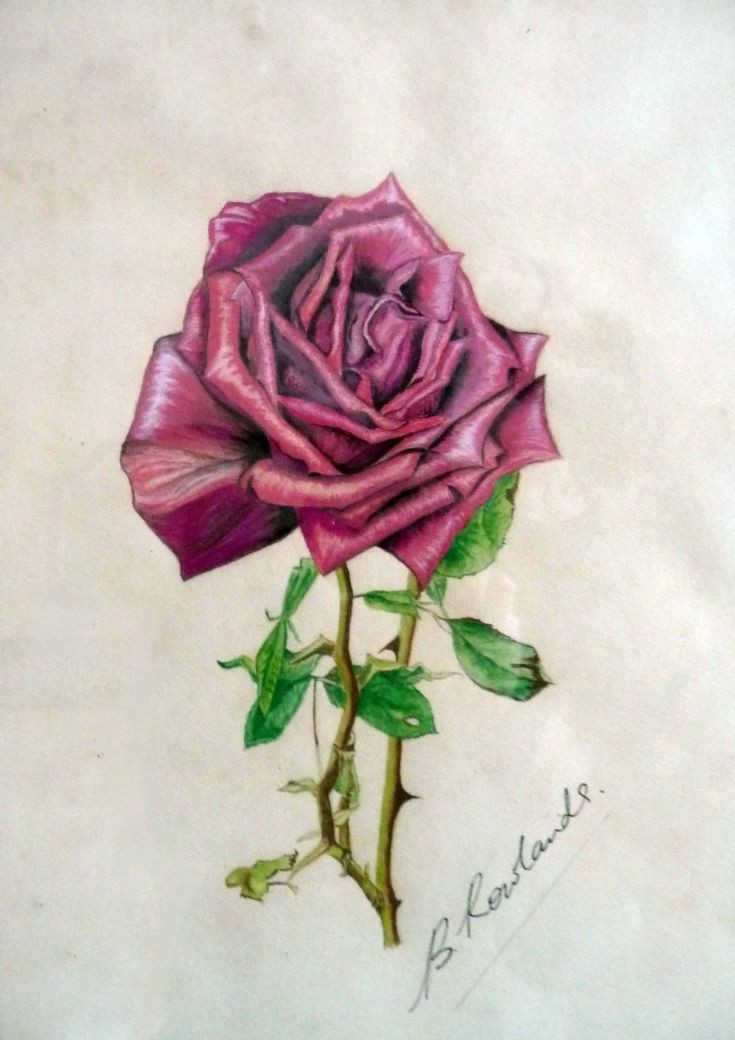 With apologies for the slightly poor focus (I'll try and scan it properly outside of its frame some other time...): this beautiful drawing of one of the roses in Jay Duff's garden at Rosenberg was done by my cousin, Brian Rowlands (whose mother, Helen MacLean Rowlands appears elsewhere in these family pictures from Cromarty). Brian would have been in his early 20s at the time and I would have been about 7 or 8. Watching him capture the image of this rose made me want to be an artist myself (which, to some extent, I've managed from time to time...)
Picture added on 14 January 2010 at 08:40
Comments:
I'm pretty sure we still have that very rose growing in the very same flowerbed at Rosenberg! It has a fantastic fragrance. I wonder how old it must be - we've been here since 1975.
Added by Fran Tilbrook on 17 January 2010
Having looked through all the pictures you have submitted I realise who you are. I still have Brian's pencil drawing of the rose!
Added by Hazel Clark on 22 March 2010