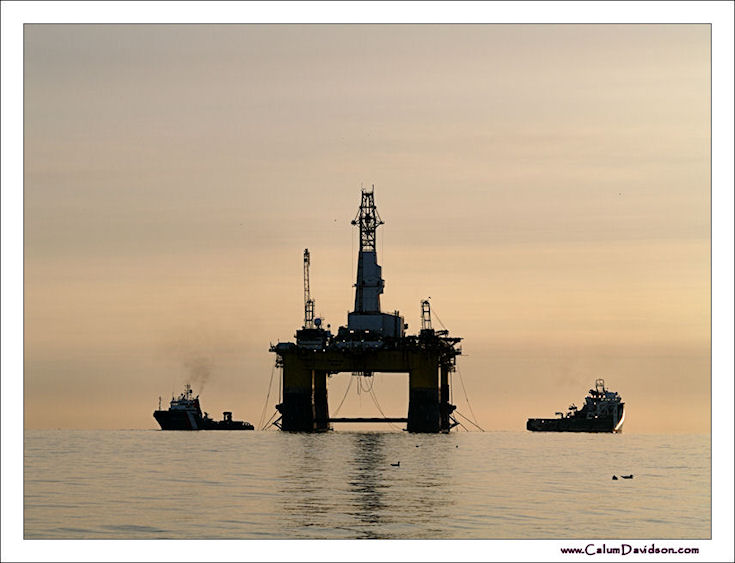 The Tugs "Kingdom of Fife" and "Bourbon Orca" fuss around the Semi-Sub Transocean Rather as she mobilises for a contract in Angola.

Most of the town has spent the past fortnight bemused at the comings and goings of these anchor handlers as they steam up and down from Invergordon, or spend hours doing not very much drifting around the entrance to the Sutors.
Picture added on 07 March 2010 at 15:38
External Links
Calum Davidson dot Com