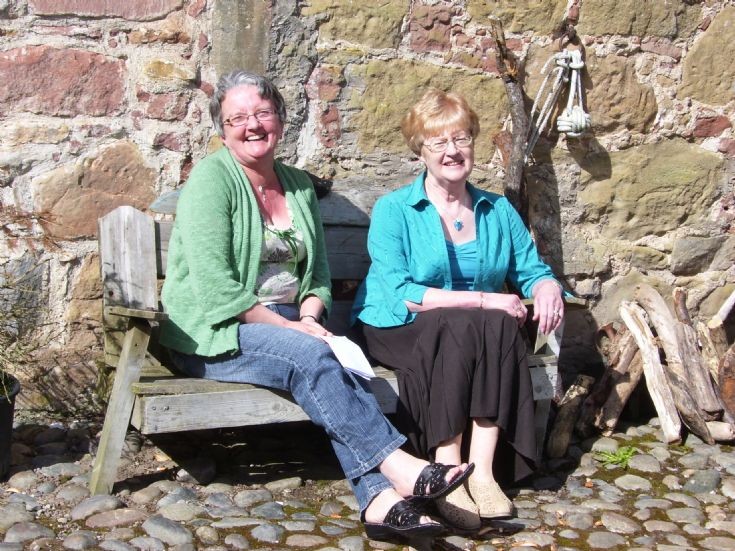 This is my Mum on the left Margaret Scott (nee Ritchie) and her old school pal Jane Patience (nee Mackay - I hope I've got that right Jane?). I found this today, I took it just before they were filmed for the Cromarty DVD I think in April last year, they were telling the story of the conception/creation of the "Cromarty Song". I've since been to the Court House to see the DVD being played, and an excellent piece of work it is too........but I'm biased :) On the day of filming at the Stables, a select group had been formed to perform the Cromarty Song, I was delighted to see Jessie Ross again. When I was wee I thought Jessie Ross was Santa due to the secondary toy shop to her newsagents. Of course Jessie would wind up Mum about buying us "educational toys" instead of "fun" ones :) Happy day, and happier memories.
Picture added on 04 September 2010 at 10:18