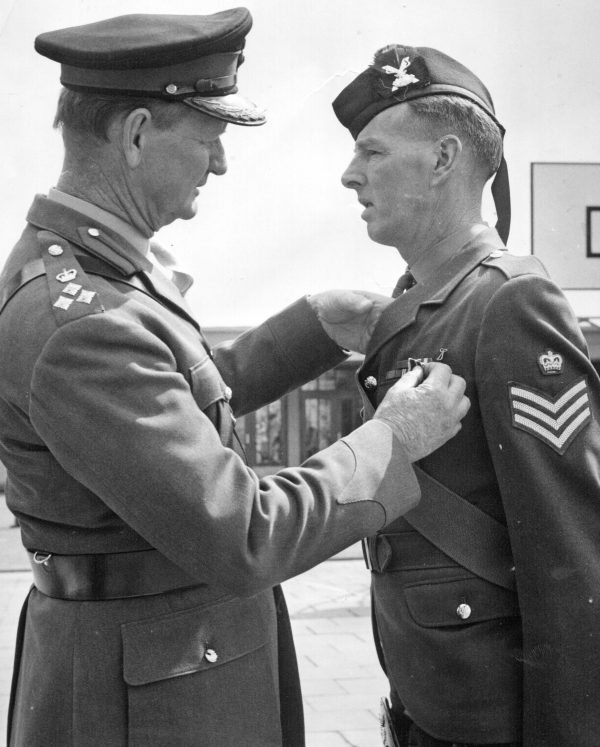 Medal for Cromarty Soldier
For 27 years exemplary service, 47-year-old Colour Sergeant David Stewart, whose mother, Mrs.J.Hossack, lives at Rowan Cottage, Cromarty, Rosshire, has been awarded the Metorious Service Medal.
The presentation was made at the beginning of this month by the Commander Rhine Area, Brigadier J.D.King-Martin.
Colour Sergeant Stewart joined the Army in January 1937 and, with the Seaforth Highlanderes and later the Queen's Own Highlanders, has served in North West Europe, West Africa and Gibralter.
Since September 1964, he has been in charge of transit accommodation at Headquarters British Army of the Rhine.
His wife and two children live with him in a Married Quarter.
Colour Sergeant Stewart is seen here receiving his medal.
wfn
Picture added on 15 September 2011 at 11:59
Comments:
Just noticed the cap badge of Colour Sergeant Stewart. It bears a strong resemblance to the cap badge we have today in the Royal Regiment of Scotland. Will get a picture for you.
Added by Flora Thomson on 24 November 2011