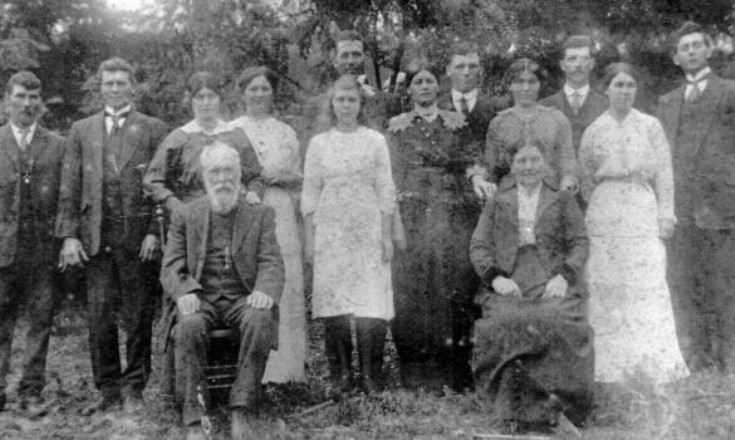 William MacKenzie was born on 28 January 1840 at Cromarty. He was the son of William MacKenzie and Isabella Tindal.
William appeared on the 1841 census in the household of Isabella Tindal at Barklay Lane, Cromarty, Ross & Cromarty, Scotland. John, Donald, William, Catherine, Thomas, Isabella and James were listed as the children of William MacKenzie in the 1851 census at Calrossie Street, Cromarty. William arrived per "Winifred" in April 1863 at Victoria, Australia. This picture was probably taken at his home in 'Heathfield" Victoria. William died in 1916
Picture added on 10 October 2011 at 08:50