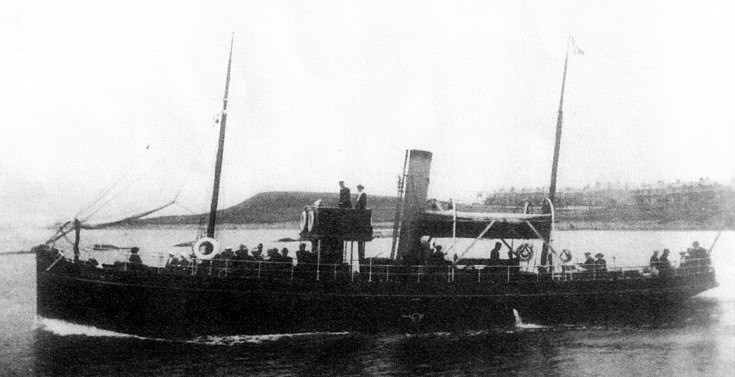 This is the best photo yet of the Ailsa, and it shows what a trim little steamship she was. In 1938 she was sold to the Laird Brothers in Burray, Orkney and used as a ferry between the small islands which surround Scapa Flow, and the Orkney Mainland. This picture shows the Ailsa in Orkney waters.

She was commandeered by the Admiralty at the outbreak of WW2 and employed as a tender to warships in the Flow. Orkney people say she was used in the Normandy landings in 1944, but I've not been able to confirm that from any official records. Does anyone know for sure if this is true? And does anyone out there know what happened to her eventually? Did she return to Orkney, where was she broken up? Nobody now seems to know.

View Large Version
Picture added on 23 March 2012 at 11:25
This picture is in the following groups
The Ailsa - the ferry between Cromarty and Invergordon

The Ailsa - the ferry between Cromarty and Invergordon