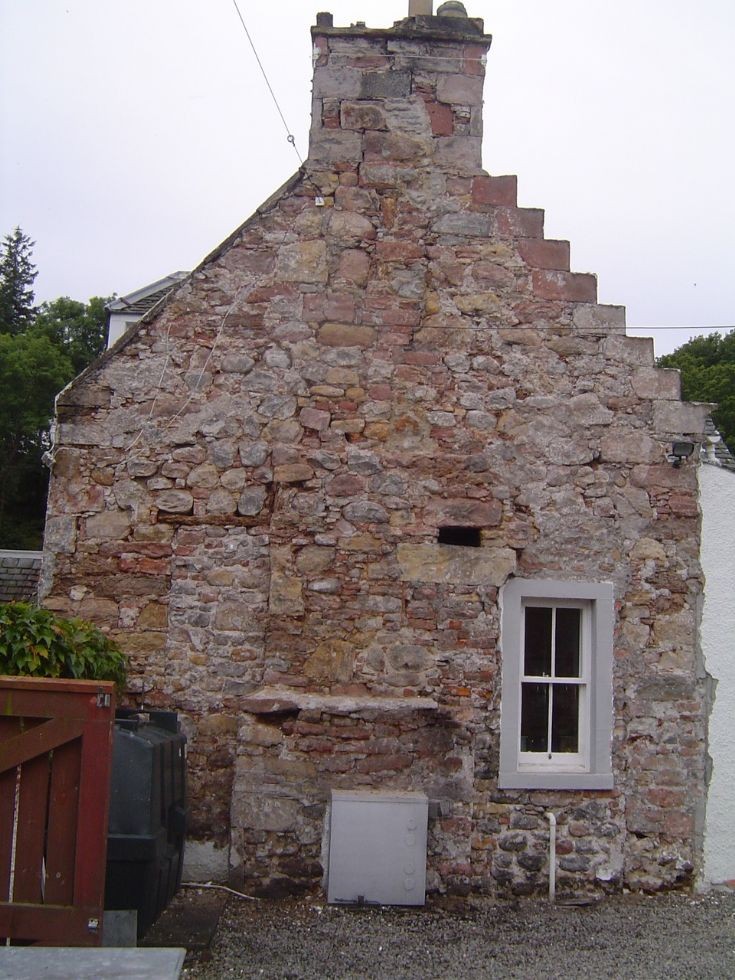 The gable at Burnside after the cement harling has been stripped off. Lets you see what mid-18th century Fishertown houses were built of - namely rubble stone, some whin boulders but mostly sandstone with a few bricks thrown in. The mortar is a mixture of cement-sand, lime-sand and clay. Hopefully, it won't look like this for very much longer!
Picture added on 03 September 2012 at 11:59
Comments:
I wis in that hoose monny a time wi ma Mam. That's far Pat an Vi Jack bade. It's lovely hoose