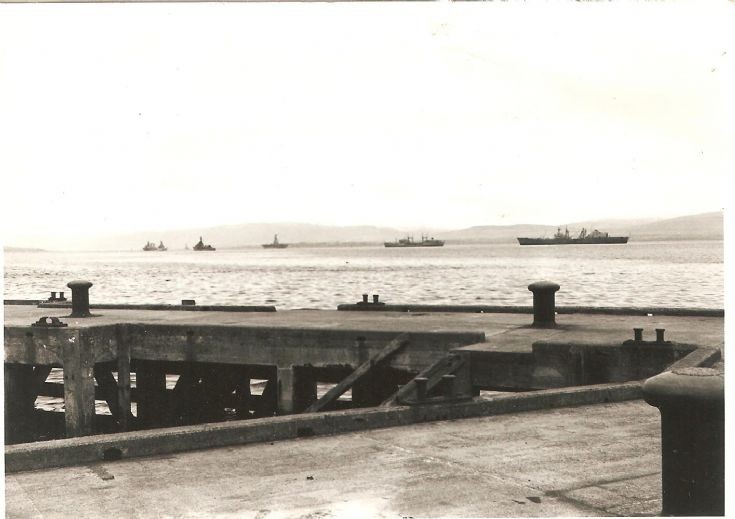 I seem to recall taking this photo in the late 1950s/early 1960s. Among the ships are (second from the right) RFA Tidereach or Tidespring (not sure which), and just left of centre is the Netherlands Navy's aircraft carrier "Karel Doorman" which started life as HMS Venerable, and eventually gained notoriety as the Argentinian Navy's "25th de Mayo" from which air attacks were made on UK ships during the Falklands War.
Picture added on 01 February 2014 at 21:04