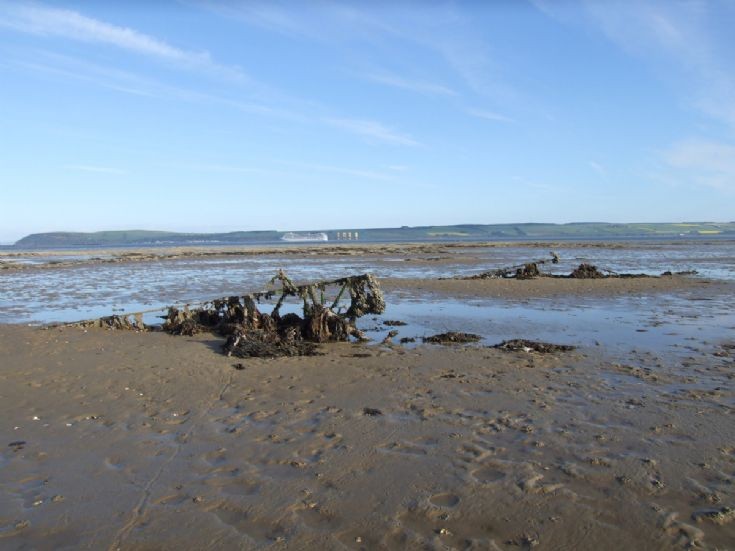 Aircraft wreckage in Nigg Bay at O.S. Grid Ref NH 75482 71575, photo taken 24th May 2013.
There are two distinct pieces of wreckage some 10-15 metres apart, but my knowledge of aircraft is insufficient to say if there are two aircraft, or two pieces of one aircraft.
The position ties in with the location described by Clem Watson in Message 622, "in the line Cromarty Harbour/Barbaraville".
The only readily recognisable part is the hub of a landing wheel attached to the still healthily chromed leg of the undercarriage.
Picture added on 27 May 2013 at 23:05