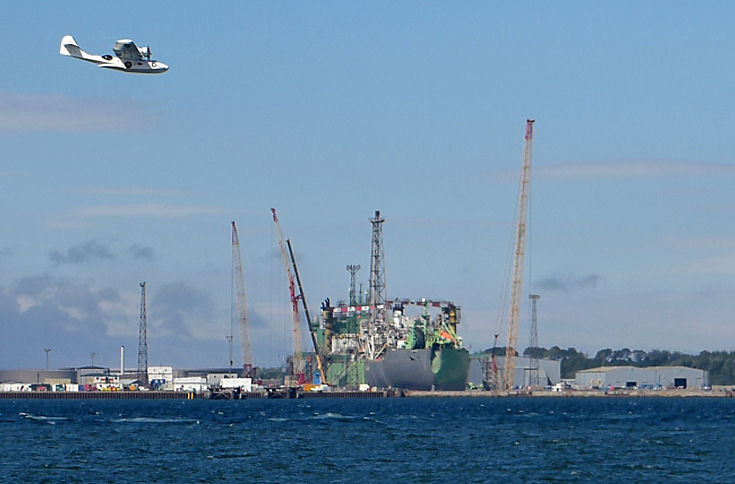 This WWII Catalina G-PBYA flying boat circled Cromarty Firth several times as part of its 'Project Hawker 2013' round Britain flight to commemorate the 100th anniversary of famous a seaplane race. It was piloted by Jeff Boyling.

The Catalina, which was flown by the Royal Canadian Air Force on anti-submarine operations during WWII, was then used for fighting forest fires. It is now which displayed at the Imperial War Museum in Duxford.