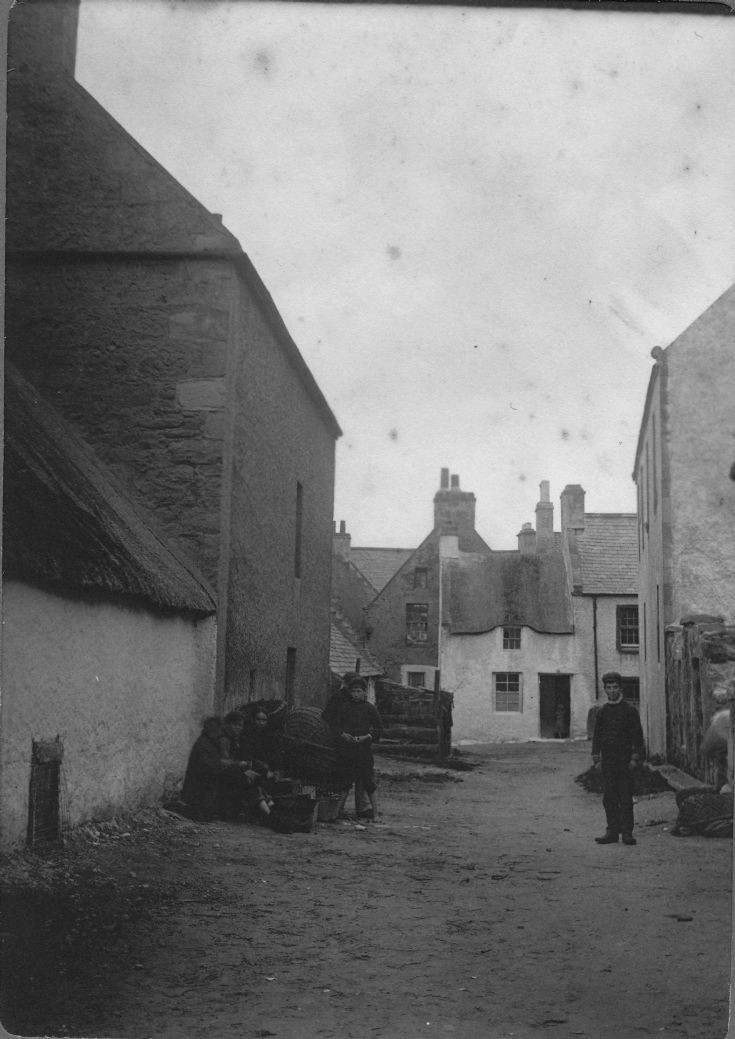 From an album of photographs, dated 1900, donated to the Courthouse Museum by Alasdair Cameron. The view is along Well Lane, with the back of Stornoway House on the left and the Lodge (later demolished) on the right. The houses opposite the end of the Lane were some of those washed away in the 1940 flood (see picture 107).
Picture added on 19 January 2014 at 13:14
Comments:
Excellent picture of the old well lane in its former glory before the houses on the right were lost and Well Lane was mostly lost under the new built extentions of the restored houses on the left. Love this. So sad a lot of these houses as well as the houses on the links by the old fish store were lost. Cromarty is so very different now.
Added by Sasha Ross on 04 May 2021
My husband’s mother was Cromarty born and bred. Anne Hossack any information about her family would be greatly appreciated
Added by Lynda Lock on 04 June 2021