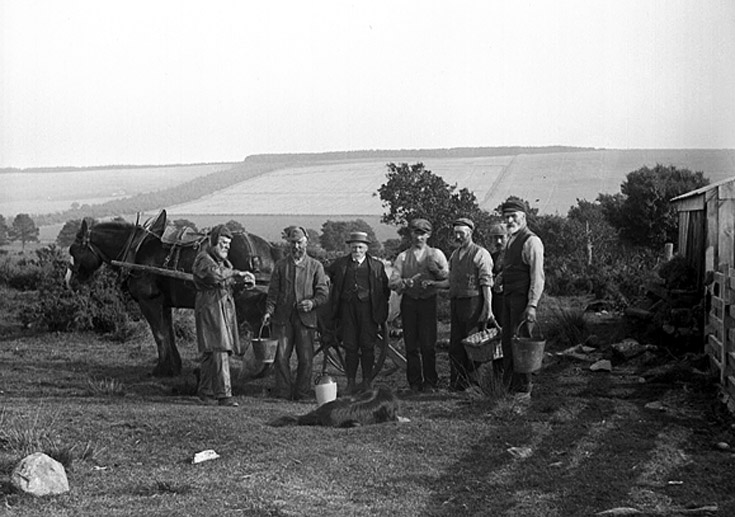 This photograph, by William John Smith, was taken near Ardival as workers take a refreshment break. What is the horse pulling, and is the central man in a straw boater the landowner?

Willie John Smith took some quite remarkable photographs of the Cromarty Fishertown around 1910 - see No: 809, which shows the Finlaysons outside Seacott. Robert Finlayson, brother of Helen, isn’t in this photograph, but his portrait in military uniform is at No: 2808. He was killed in France in May 1918.
Picture added on 10 February 2014 at 16:30