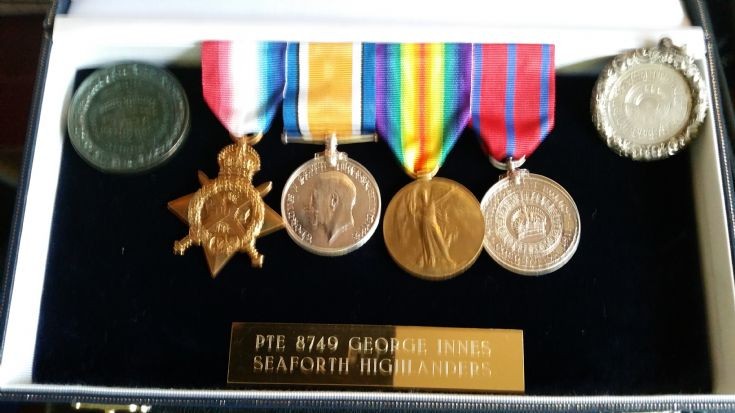 A very very rare collection of War Medals. John Innes was born at Rosefarm Cromarty 18th June 1887. He went to School there and left to join the Metropolitan Police. He was the Police Inspector in charge of the Royal Family detail and was next to King George in Westminster Abbey at his Coronation in 1911. Immediately at the outbreak of war he was one of 50 men chosen to form the SOE. His official regiment was the 2nd Seaforth Highlanders but he actually did not serve with them. He was killed in action on 7th November 1914. The picture has his Great War Medals with the Coronation Medal on the right. On the top right is the DUX Medal for Cromarty Public School and on the top left the Hugh Miller Medal from 1895 at Cromarty Public Schoolboth of which were his brothers Donald Innes
Picture added on 31 January 2015 at 18:15