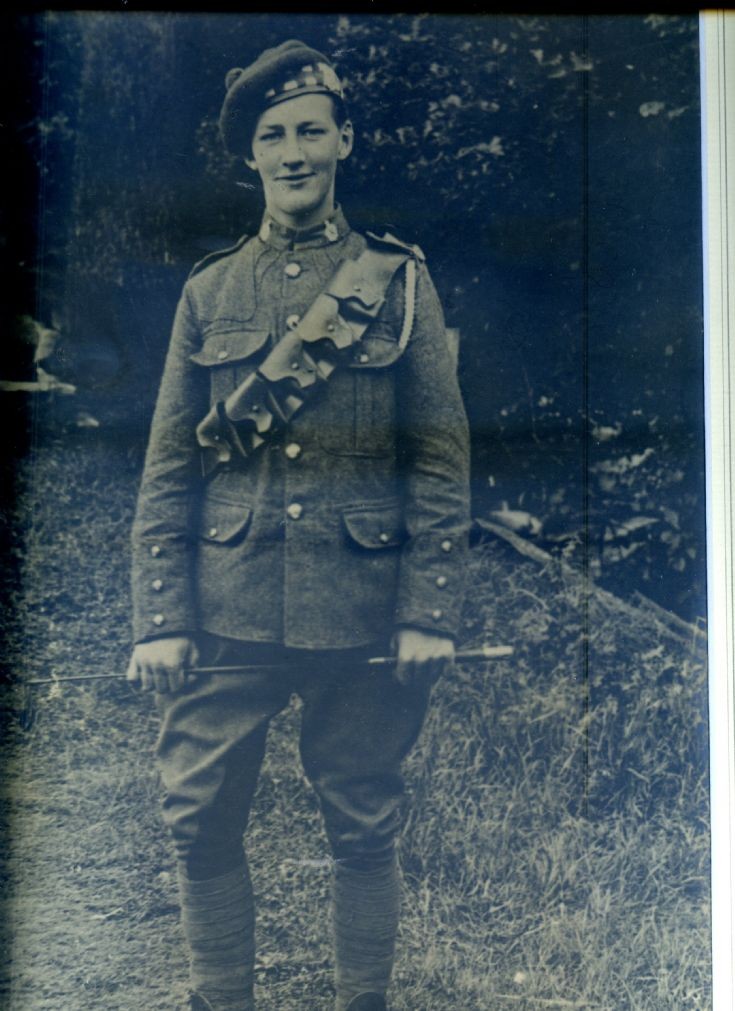 Taken 1916.
This is my Uncle, John Alexander Campbell, known in the family as Jackie. His wee sister was Jean Newell.
Jackie was killed at Passchendaele on 26th.Sept. 1917.
His photo is on the wall of remembrance at the Passchendaele Museum near Ypres. Iain and I have visited his grave, at Bedford House Cemetery, a little south of Ypres, many times, the last time being just over a month ago.
Sadly, his body was not found and identified until after his mother's death. She died in 1919 not knowing that the body of her son had been found.
Jackie's name is on the brass panel in the East Church and also on the memorial on the Kirkie Brae.
I found this large framed photo, along with a large framed photo of her mother, in the attic of York House after my mother's death. I am certain she was unaware of these photos. I think my grandfather must have put them away as being too painful to look at.
Picture added on 16 November 2018 at 10:05