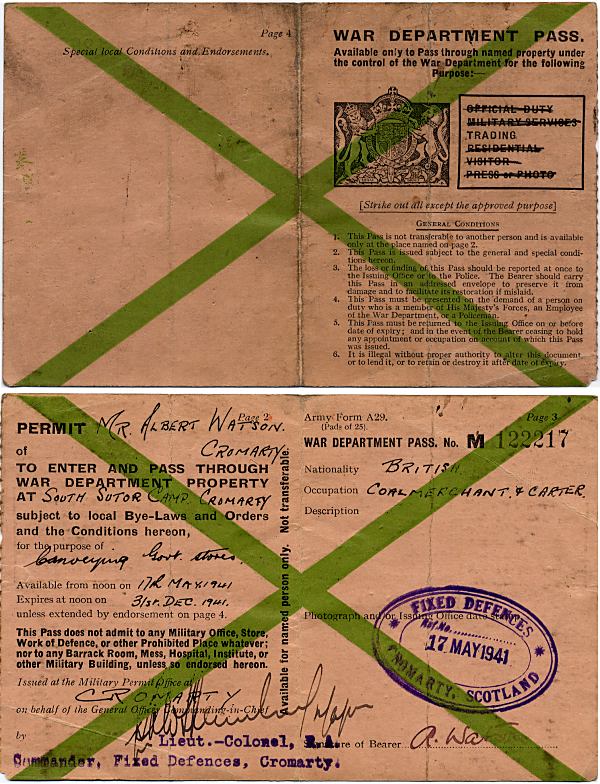 Large areas of the South Sutor were used by the armed forces during the first and second world wars. The South Sutor Camp was off limits to civilians - this document was Albert Watson's pass which allowed him to deliver coal.
Picture added on 14 October 2003