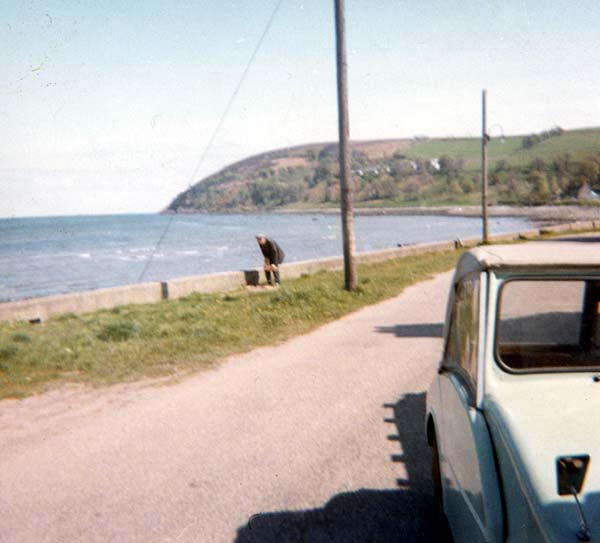 This shows the grass verge of the street extending much further along the side of the road than it does now. At this time it extended almost as far as the bottom of Gordons Lane, but this was removed when the tarmac was widened and the telepgraph poles removed. The elderly gentleman lived, I believe, either in the next cottage along from Seabank House (Dunns), or in the bottom cottage of Miller Lane. Do you recognise him?
The small car on the right was a special disabled vehicle used by Mrs Dunnet, mother of Beryl and grandmother of Sandra Campbell (nee Bain). Mrs Dunnet helped in the pottery and pottery shop when Alastair & Alison Dunn and family first moved to Seabank House in 1967.
Picture added on 01 January 2003
Comments:
The elderly gent could be Danny [Poachie] Watson who lived in in the house Mike Royde now lives in.
Added by Sue Florence on 23 March 2003