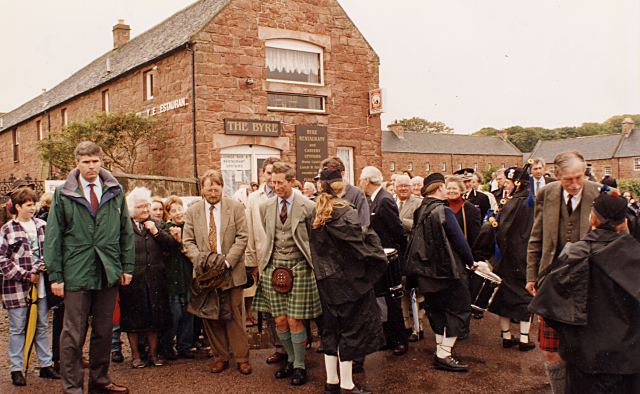 Locals in the picture include David Alston, Violet Walters and Tommy Anderson. It also shows the Byre pub and restaurant. The public bar was at the back of the building, and the large window at the front was of the lounge bar / restaurant. There was also a small downstairs lounge at one time. At the time of writing this, the building is being converted into 8 flats.

Another pic of Prince Charles' visit can be seen on picture #253.
Picture added on 09 February 2004
This picture is in the following groups
Prince Charles Visit in 1994
Comments:
Tommy and Margaret Anderson lived in Jemimaville, Tommy was on the council back then. Didn't Hamish Stewart own the Byre? I remember there being a disco upstairs at the weekends.
Added by Hazel Dinnen on 28 April 2013