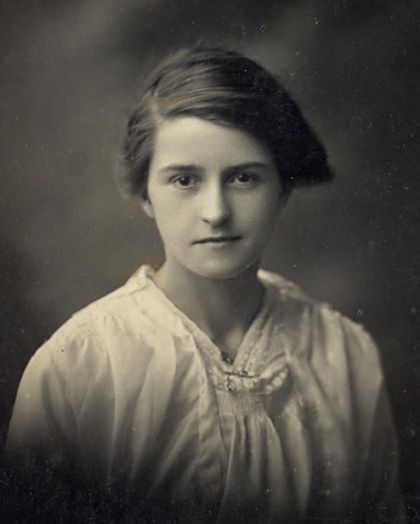 Mary says "a photograph of my great aunt, Mary Davidson as a young woman (around 1910).

Mary was born in 1892 at 9 Church Street - interestingly, in latter years she worked in the newsagents shop which later occupied the same premises. Talk about things coming in full circle!

picture #711 shows a more mature version..."
Picture added on 02 June 2004 at 16:14
Comments:
I did not appreciate how beautiful Aunty Mary was when I was young, although I did in maturity. This picture is something else!
Added by Irene Davidson on 21 December 2012