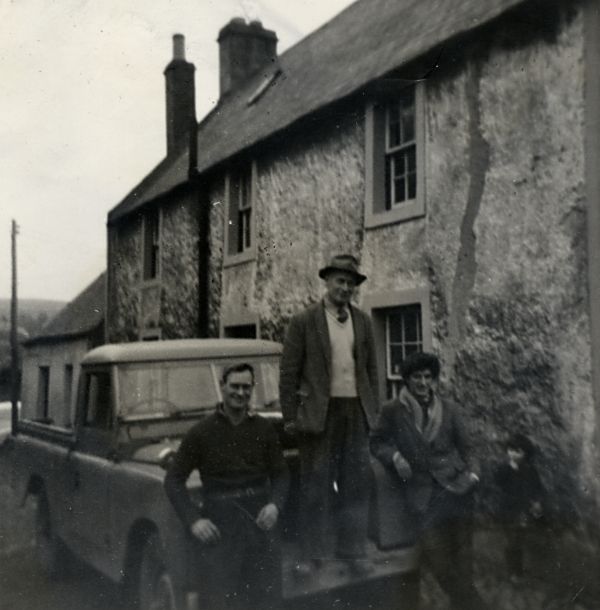 The little cottage behind the Land Rover was knocked down and rebuilt as a two storey house around 1996. The odd thing about it was that it had an extremely tall chimney which can be seen at the top of this pic. A view from the other side can be seen in picture #80.
Picture added on 19 August 2004 at 09:18
Comments:
I'm not sure that the above comment is correct. Since seeing this picture I've stood in the exact spot and it's impossible to see the headland behind as their are buildings obscuring the view. I'm going to double check this later today. Watch this space.
I have to say that I do remember the tall chimney on the small house though, and this confuses me greatly. Anyone else have any thoughts on this.
Added by David Newman on 26 August 2004
The daughter in the photo is Hazel.
Added by Hazel Ashton on 20 December 2009
So sorry to hear the sad news, RIP.
Jim Jack and family.
Added by Sharkey on 04 April 2013