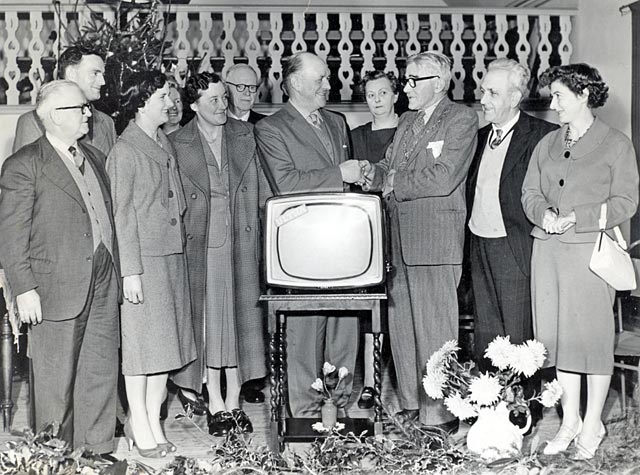 Evan Ferguson was postman in and around Cromarty for 50 years. On his retiral he was presented with a television in the West Church Hall.